Skip to content
November 19, 2017January 3, 2020 arimia
Blaise and Sorinne on the rooftop of their school, Diamandra. 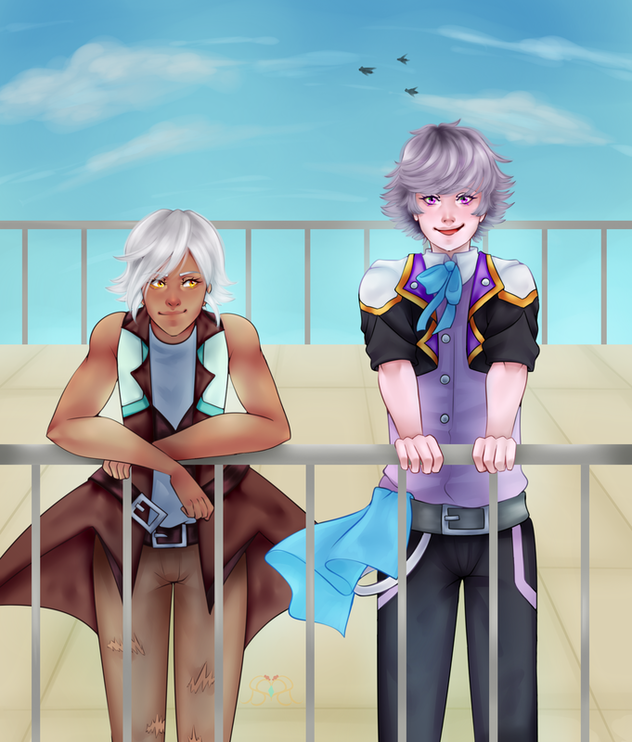 It’s been a while since I made an actual blog post here, but I felt it necessary to sum up everything that’s been happening game dev-wise the past few months, namely with releases and what not.

During September I made an extended post-Ludum Dare version of Lights Out, my RPG-horror homage which was my first real attempt at RPG Maker MV. This version doubled the size of the house, added a couple puzzles, a new character, and even a harder difficulty, as I had many people saying the Ludum Dare version wasn’t very challenging.
Then, after that, I adapted an old, unfinished webcomic into a visual novel for the Yuri Game Jam, The Witch in the Forest. I made a new art style for this and made the game in NVL mode, to give it an older aesthetic. The music was done by my friend Alyx, so please check his other music and his own game dev studio out!
Finally we get to this month, November. A day after I finished working on my Yuri Game Jam entry, I started working on my entry for the Indie Game Maker Contest 2017, something I should had been working on all along. For IGMC, I started development on That Which Binds Us, a visual novel about memories and the string of fate. Even though I got the writing finished, I wasn’t able to put it all into RPG Maker MV, so I had to just release a demo for it. After the judging is over, I’ll try to finish it while also working on Asterism.

So, what’s next? I just published like 3 games in the span of a month. Well, now I’m going back to working on Asterism for a short time, though Ludum Dare #40 is right around the corner. I also have another project I’m spear-heading which will be announced soon. So, I’ll still have a few busy months ahead of me, and I hope you guys like what comes out of it!

November 11, 2017January 3, 2020 arimia
Stained glass piece of Iryna! She needed a second outfit so I took this time to design one for her. 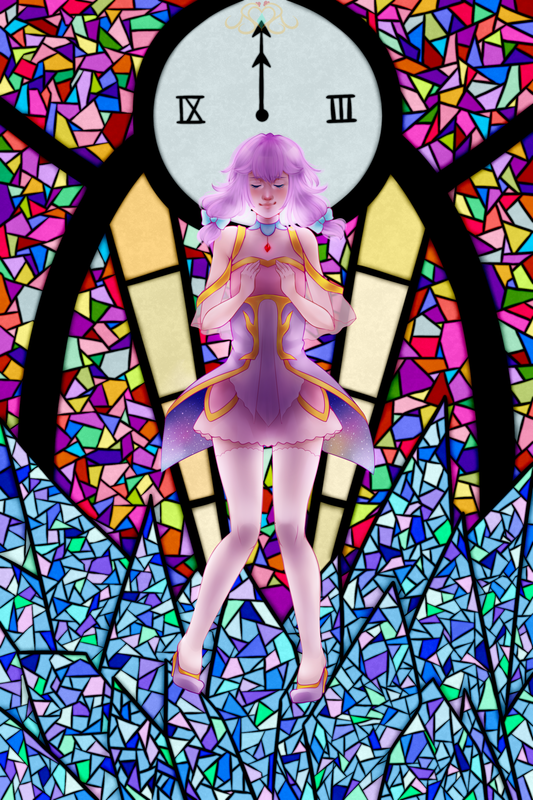